This company is involved with heavy transport, ocean towage and salvage. The main disciplines I worked for where heavy transport and salvage. Within this position I was responsible for the engineering, cost deduction and execution from the office as well as on the spot. I also kept contact and negotiated with parties involved and governmental bodies. Due to lay-off of transport units and the declining activities, I resigned with full understanding of the upper management.

Specialized in the design of coastal and harbour tugs. During this year I was involved with design and supervising the building of specialized tugs. The latter not only in a technical perspective, but also in a commercial sense. I was also closely involved in acquiring new projects and consultancy. This year can be described best as a prelude to my next job. 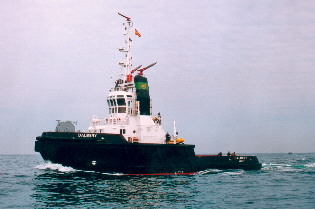 In the second half of the above mentioned job, I was asked by the president of Wijsmuller Engineering to join him to start an in depended consultancy company. This resulted in the start of Aarts Marine B.V. This company started from 1 July 1993. My main tasks where the development of innovative techniques on behalf of shipping, in particular for the towing industry and the design of a new 'standard' range of special tugs, supervising new builds both technical and commercial, consultancy and attending conventions in which I contributed with lectures. We also developed the "Aarts Autohook" system, a system for easy semi automatic hooking on of terminal escort tugs to vessels. In 1995 the founder decided not to continue the business. 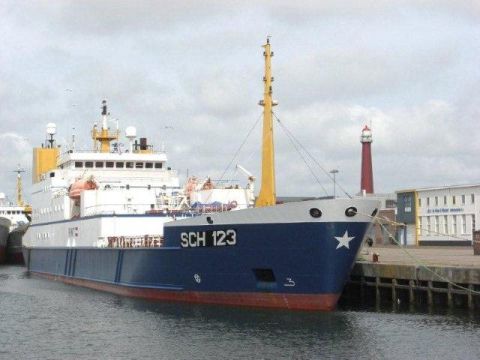 Main task: - Planning of maintenance and conversion and new building of the fleet. - Set-up of a new budgetary system. - Set-up and maintenance of business/supplier management. - Managing the superintendents, engineers and staff onboard the vessels. At the time I entered Jaczon, a company dedicated to deep sea fishing and refrigerated transport, was in the process of changing from a family operated company to a modern managed Ltd. As a result many of the staff resigned including myself. The organization of the technical department however has changed dramatically in a positive sense.

Main task: Project control from start to finish including finance. In this job I managed one of the project teams. Those teams include work preparation, budgeting, planning, purchase, personnel and accounting. The project manager is fully responsible for the complete production process, including monitoring the budget. Contact/communication with both client and the workforce was of paramount importance. Wilton Fijenoord (at present Damen Ship repair) was one of the major yards for ship repair and conversions for all kind of vessels.

Main task: Project control from start to final delivery, including finance. In this job the main issue was total control of the project including control and maintenance of the contract. Key words are: Contact with the client, build strategy, work specification, delivery and acceptance and cost control. Within this company, Mega Yachts are being build at the highest end of the world market with a length varying between 40 up to 100 meter plus. This job came to an end due to a major reorganization, resulting in a temporary closing of the yard by the end of June 2002.

As I wanted to stay in the yacht building industry, I took advantage of the opportunity to temporary fulfil the above position within the 'Mega yacht' world.

From December 2004 till 2005.
Position: Manager engineering.

Main task: Managing the engineering department, which has to take care of all production drawings. Also contact with clients, subcontractors, class and governmental bodies was my responsibility, as well as all subcontracting of engineering in Holland and abroad. The yard was building all kind of vessels such as mooring launches, tugs, inland cargo vessels up to special purpose ships and dredgers to a length of approx. 100 meter. The yard closed in 2006.

Main task: Project control with the accent on organization and finance. The project I worked on concerned the renovation of the Caland bridge as part of a huge cargo rail project running from the western port area to the east of Holland. (Betuwe lijn) I was asked to accept this complicated project from my experience as project manager and absolutely not from an electro technical background. Most important was to manage the process and the project team, contact with the client (semi governmental), keeping the overall view and solving conflicts between parties.

Main task: Project control from start to final delivery, including finance and all contractual issues. IHC Merwede has opened up the former yard v/d Giesen de Noord, which closed in 2003. First rented, but since late 2006 purchased. As Project manager I have got the first vessel, a Deep Water Construction Vessel, under my responsibility. To date the vessel is successfully in operation. 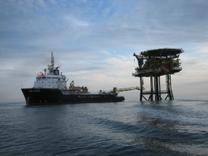 Main task: Project control from start to final delivery, including finance and all contractual issues. Offshore Solutions is a relative new company providing safe access from a vessel to an offshore platform by means of a heave compensated gangway, the OAS. Offshore Solutions is a joint venture between AMEC and Cofely Oil & Gas. This "high tech" device allows people to walk to work safely, without the conventional helicopter intervenience, which proved to be most cost effective in way of operability and overall costs to our customers. In this managerial position I'm also developing knowledge in electronics, hydraulics and automation, which contributes to my overall experience.